I’m officially in Colorado and couldn’t be more excited. I flew in to Denver this past Monday. It was a little bittersweet to leave Vermont, but I’m excited for what my new home has to offer. Since landing, I’ve been hard at work setting up my apartment. Between DMV trips, Comcast headaches, and unpacking a moving box, I haven’t been able to get into full adventure mode just yet. I’ve ventured into Boulder for a couple rounds of disc golf, but that’s been about it. Despite staying close to home base I have to admit, after spending 29 years living in New England, almost everything is feeling like a new adventure. I’m amazed every time I drive out of my apartment complex and I can clearly see snow still hanging onto the Rocky Mountains. I’m also really intrigued by the flora and fauna of the area, that seems so different from the ecosystems I’m so used to. I even bought a used book on birding when I visited the bookstore in Boulder. It seemed like great coffee table material and I figured that birds might be a good place to start learning about Colorado’s critters.

I start my new job on Thursday, but I’m hopeful that over the course of the next couple days I can get outside a bit more and really start to find what the area has to offer! Stay tuned!

Hey all! Just wanted to give a quick update to the blog. I had the goal to produce articles and videos each week, but I haven’t lived up to that…

So what’s up with that? Well, to say that I’ve been busy would be an understatement. I’ve had time to get out and adventure, thank goodness, but it was for me, and not necessarily for this site. I needed the outside time to help keep myself focused on a major change in my life… 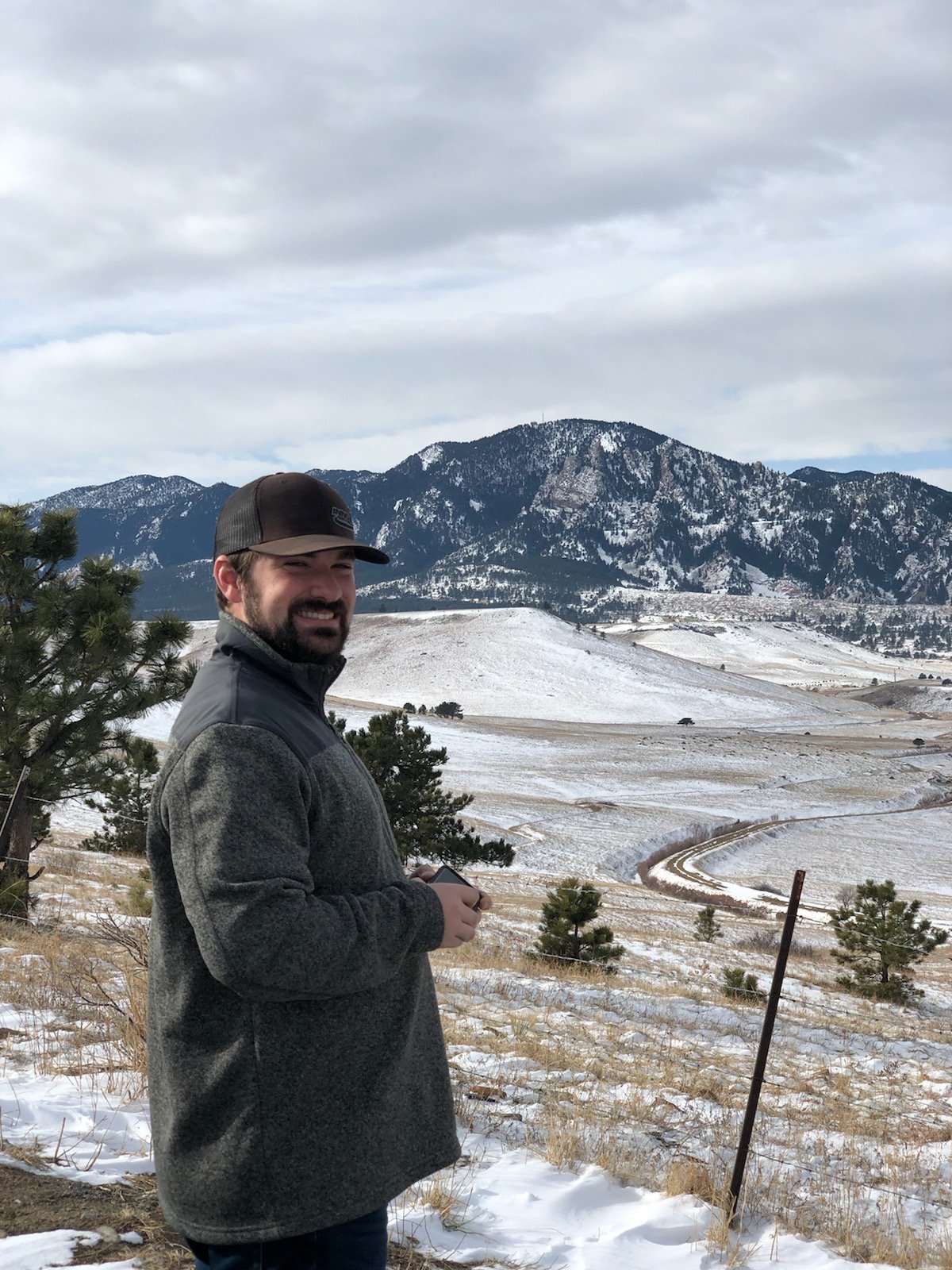 Organizing this move has taken up much of the energy that would have otherwise gone to this blog, and I’m sorry for that. However, I’m really excited for the opportunities that this move will also bring to the Adventure Logbook. I can’t wait to share my NEW experiences in a NEW state. I hope to be back in a rhythm of blogging as soon as I’m settled in. That could be as soon as the beginning of August, but more realistically some time in September. If you know Colorado, feel free to leave adventure ideas or places to explore and share in the comments. Thank you for your patience and see you all soon!

A lot of disc golf professionals will post blogs or videos talking about the discs and other items that they bring along with them on their rounds. Since my disc golf season is about to begin, I thought it would be a fun idea to make my own in the bag and share it with you all!

I wanted to share this with you all for two reasons. First, you will probably be seeing more disc golf content from me as seasons shift from winter to spring, and this will hopefully give a little bit more context to what you are seeing. Also, I thought that some of you might get some value out of seeing an amateur’s disc selections rather than a more commonly found professional’s opinion. My guess is, the vast majority of people reading my blog are likely to throw more similar to myself than to the likes of 4x World Champion, Paul McBeth!

On the news this week, I learned that Lake Champlain is officially completely frozen over! This is something that doesn’t happen every winter. In fact this is the first time since 2015 that this has happened. Last time, I was pretty bummed that I didn’t take the opportunity to walk out in the middle of the frozen lake. So, to avoid that same regret this time around, we decided to take advantage of the beautiful day and walk onto the ice near Oakledge Park in Burlington, VT.

There were a number of other groups on the ice as well. People were taking pictures, going for bike rides, catching fish, and overall enjoying the spectacle of the State’s largest lake being frozen. My favorite thought was remembering summer days spent swimming at Oakledge, and comparing that mental image to how far from shore we had walked. Luckily, we were able to take some pictures and videos all while staying quite dry.

Lake Champlain certainly seems locked in the icy grip of winter, but surely that wont last for TOO much longer. Spring will come soon!

While I am still working on putting together the video for the last ski day in Colorado, my roommate Rob and I got in some beautiful skiing at Stowe this past weekend! I think this is the first season in recent memory where we have had so many sunny and beautiful winter ski days. Usually, 9 out of 10 ski days in Vermont seem to be overcast and dark, but this season it seems like every other trip has been beautiful blue skies. Just check out this earlier blog entry! I’m not complaining, and it certainly makes for some much nicer looking GoPro footage. Enjoy!

After spending the day at Arapahoe Basin earlier in the week, Marley and I decided to spend a couple days together a little further away from Longmont. After she got out of work Wednesday, we packed up the car and drove the 2 hours through the mountains on I-70 to Beaver Creek. Luckily, the driving was far less stressful than my trip to Arapahoe Basin! We checked into our AirBnB and spent the rest of the night planning our ski adventure for the following day.

We woke up early Thursday morning, just in time to get to the front of the ski rental line, picking up Marley’s skis. We hopped onto the Riverside gondola, picked up lift tickets and began our day. The sun was shining and trails were perfectly groomed. Even the temperature cooperated and warmed up nicely as the day progressed.

With Marley along, we stuck to mostly easier terrain, and enjoyed a relaxing day on the slopes. The fresh groomed snow was very fast, and easily carved. I really enjoyed skiing as fast as I wanted with no worry about losing an edge to icy conditions. I think Marley enjoyed the amazing views that the ski trails offered. Check out some of the skiing action in the YouTube Video posted below!

Its been a couple weeks since I’ve gotten back from Colorado and I’ve been meaning to get some posts together about the experience. This will be the first in a short series for my Colorado adventures!

On Tuesday, I had the opportunity to go skiing at Arapahoe Basin. As we have since found out, A-Basin will not be on the Epic Pass next year, so I was glad to be able to check out this amazing mountain while my season pass still worked for it! I woke up Tuesday morning before the sun rose, and drove the two hours from Longmont, CO to A-Basin. The drive was a breeze until my GPS took me off the highway and began pointing me along the roads for “Loveland Pass”. The day before, there had been about 6 inches of snow, and these back roads seemed as though they still hadn’t been plowed. It would be one thing if the roads were JUST icy, but adding in hairpin turns as the road switch-backed all the way up into the mountains made for a very anxious approach to the ski area! When I reached the parking lot, I peeled my white knuckles off the steering wheel and quickly strapped on my ski gear. GoPro in hand, I crossed the street and headed straight for the lift.

The skiing was amazing. The previous day’s snow had softened up the trails beautifully and there were no signs of the east coast ice that I’m more accustomed to skiing. I spent a few runs speeding down the Montezuma Bowl before a run through the new Beavers area. It was really only as my day was winding down that I actually spent any time taking runs on the front side of the mountain!

Getting to ski above treeline was a treat that I had been hoping to do for a long time and it exceeded my expectations. The views from the top were amazing and I would say that they took my breath away… but I’m pretty sure it was the low oxygen at high elevation doing that!

I’m sorry that its been so long since my last post! This week I am in Colorado doing a bunch of sight seeing and skiing. I will have a larger recap post and video after I return to Vermont, but in the meantime I grabbed a clip to share of a fun run through Arapahoe Basin’s Montezuma Bowl trails. Enjoy!

Once again, I was adventuring while at my parents for the Christmas holiday. On Christmas Eve, I was able to go out for a snowy disc golf round with my Mom, and the family dogs. Check out the video!

If you've enjoyed this blog and are able to support it financially, please consider donating to help keep me bringing new content!